Foma FOMADON R09 Film Developer is a one-part liquid concentrate to prepare fine-grain, normal-working one-shot developer intended for of all types of black and white negative films. Fomadon R09 is the equivalent to the former developer Agfa Rodinal. R09 is diluted with water in a ratio from 1+25 to 1+50 according to the purpose of application. Additionally, dilutions up to 1+200 can be used for semi-stand and stand developing.

Foma FOMADON R09 Film Developer – 250 ml Concentrate is a one-shot film developer based on the original Agfa Rodinal recipe for developing black and white films. The film is suitable for all types of film, which produce fine grain and high sharpness. 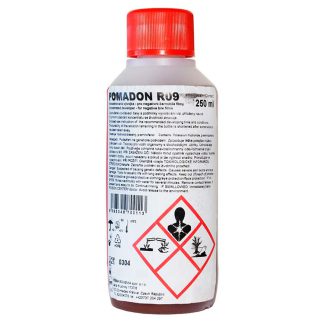