Adox FX-39 is based on Willi Beutler’s Neofin Rot formula, but was improved in all parameters.

There remains only one reason for not using FX-39 exclusively and that is obtaining the absolutely finest grain. If you want the finest grain possible than finest grain developers like Adox Atomal are the optimal solution.

FX-39 is now not only produced, but also branded and distributed by Adox. 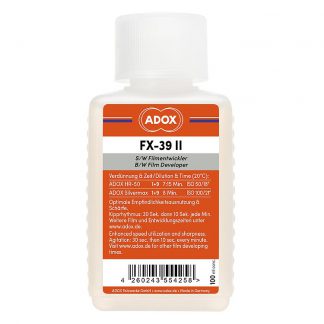