This Kodak TMax 100 Film has an expiration date of 07/2021. It is factory sealed and has been kept in cool, dry and optimal conditions.
This expired film is a result of overstocking when purchased.

The Brownie Camera Guy says:
This is the finest grain film I have ever used. This was the only black & white film that I used professionally in the studio when sharpness, tone and clarity were absolutely essential. Though it can be processed successfully in just about any developer, the film’s T-Grain shines when processed in TMax developer. This is still one of my regular films to use when ultra-fine grain is called for. There is no better B&W film when used for scanning. This Kodak.

This TMax 100 Film has an expiration date of 07/2021. It is factory sealed and has been kept in cool, dry and optimal conditions. 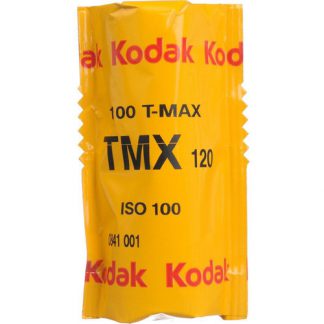