This 35mm film is rated at 500 ISO and has 36 exposures. It is an industrial coated 75mμ polyester base with a maximum spectral sensitivity of 690 nm and must be processed/handled in total darkness. Film Washi “D” is spooled in recycled 135 cassettes (with no DX code), to be preferably used with manual cameras without automatic film advance systems. 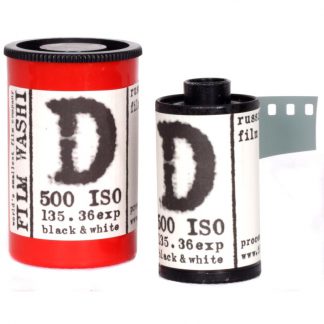