Film Washi “D” 35mm Single Use Camera. This panchromatic 35mm film is rated at 500 ISO and has 36 exposures.

This single use camera has an onboard flash and is loaded with Film Washi “D” film. The film is rated at 500 ISO and has 36 exposures. It is an industrial coated 75mμ polyester base with a maximum spectral sensitivity of 690 nm. For more information and processing instructions, please see the datasheet. 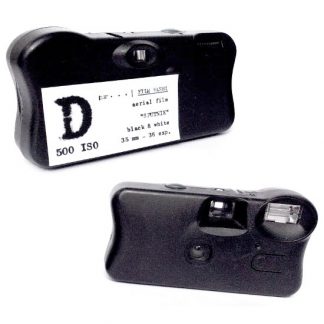