BCG PHC-50 135-36 is a high-contrast ISO 50/18° black & white “panchromatic” film. It is labeled “panchromatic” so that it is handled in complete darkness. It can be considered an isochromatic film because of the film’s sensitivity. This sensitivity includes parts of both the ortho and pan spectrum.

PHC-50 is highly sensitive to violet and blue, has average sensitivity to yellow, slightly lower sensitivity to green, and even less sensitivity to deep red colors. An orange or yellow filter can be used to correct the film’s response to the orange/red end of the spectrum. Though BCG PHC-50 film can be handled in the darkroom with relative safety under a dark red safelight, we recommend handling the film in total darkness. 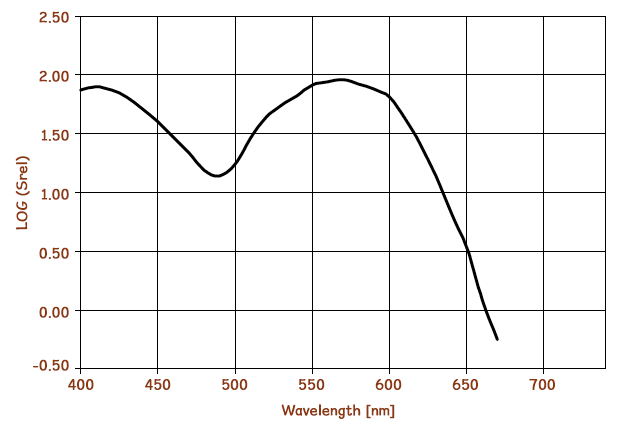 The best possible degree of sharpness is guaranteed by the introduction of a new AHU layer located between the film’s clear base and its emulsion. This AHU layer clarifies to neutral during processing. A permanent anti static layer between the base and the AHU layer and an anti-static backing to the film supplies protection from dust and static discharge while improving film transport efficiency.

PHC-50 is manufactured in Germany for the motion picture industry, originally as a special sound recording film. We have been authorized to make this film available under the BCG Film Company brand umbrella.

BCG PHC-50 135-36 film is hand spooled into recycled cartridges and comes in a plastic canister. The 35mm film cassette is not DX coded. 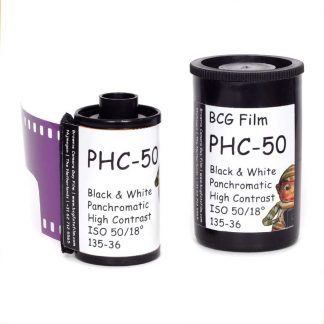